These snapshots of key model policies to move power and resources to frontline communities, are part of a project of the Reinvest in Our Power Working Group in collaboration with the Just Transition Policy team.

CJA members are offering these policies as examples that you can use to advance your local, state and tribal efforts toward Just Transition. They also help policy teams inform Green New Deals, Climate Emergency Plans, and Just Transition plans nationally while organizing trans-locally. 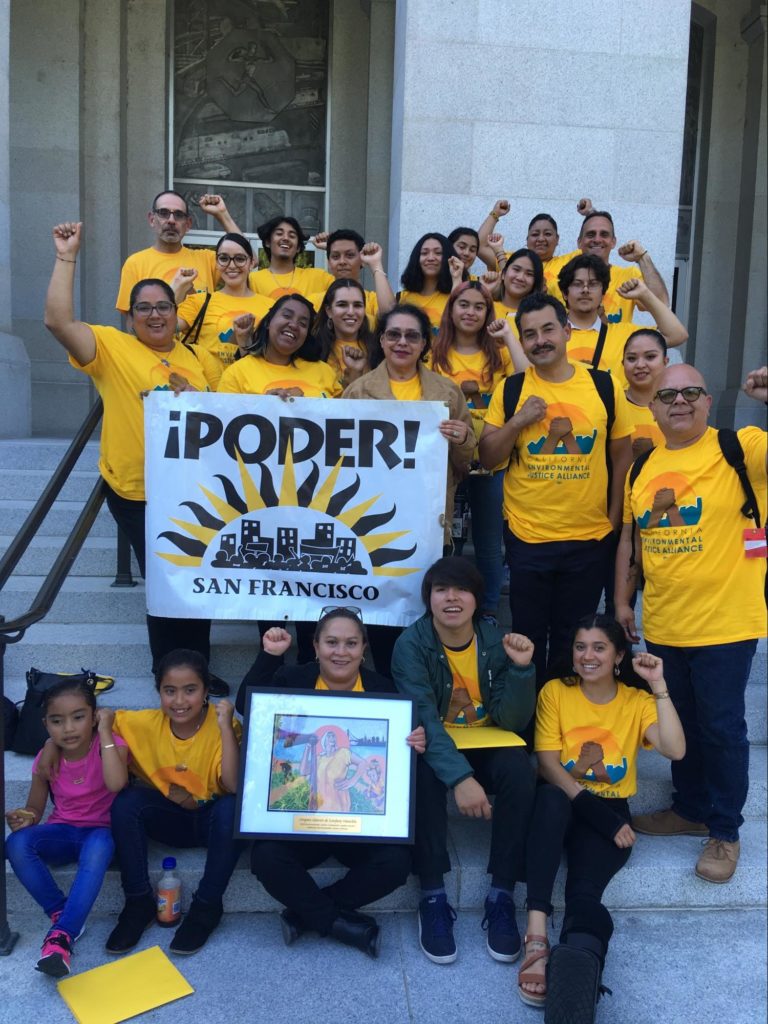 In so many local communities, billions of dollars in public money and public policy power is given away to private interests each year.  In cities across our nation, public monies are deposited in Wall Street banks who invest them in speculative and extractive investments that further enrich private shareholders while causing harm to communities around the globe.

Working class, communities of color, and immigrant communities have long been marginalized by the predatory and discriminatory practices of Wall Street Banks.  These Wall Street banks stand out as a culprit in upholding systemic racism in our country.  Whether it be in predatory real estate investments that fuel gentrification and displacement, financing projects that place indigenous, Black, and communities of color on the frontlines of the climate crisis, or simply denying business loans to women and people of color.

Imagine if local communities had a voice in how public monies are invested to address local needs.  Local communities are hungry for transformative solutions that will shift our public monies into investments that strengthen the economic well-being of our communities, in particular Black, indigienous, and people of color communities most marginalized by our current banking system. 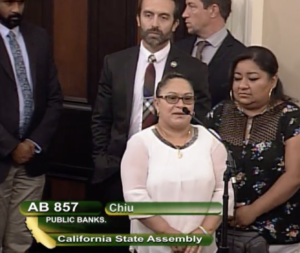 Backed by strong organizing, public banking can break down the artificial divide that our public dollars are divided into two accounts – one that goes to our city budget that is apportioned out for local services, and one that goes to our investment accounts that go into private banks.  Instead, we can redirect the investment accounts into public banks that reinvest in our local communities, and center the voices of those communities in governance and decision making.

PODER’s (People Organizing to Demand Environmental & Economic Rights) campaign to push for a public bank in San Francisco builds on a number of successive wins of local and regional movements.  First, it builds on the gains of the OCCUPY movement that shined the light on corporate abuse and the need for alternative financial solutions.  Second, it continues to push for the need for systemic alternatives exposed by front line resistance movements to the Dakota Access Pipeline through a multi-city effort to call for divestment of all public funds from predatory Wall Street banks who are financing climate chaos. 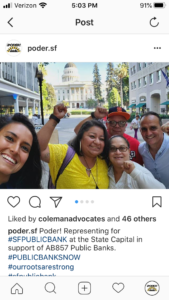 In San Francisco, through the SF Public Bank Coalition, that effort resulted in the passage of a resolution by the county Board of Supervisors calling upon the Treasurer to divest public funds from Wall Street Banks.  And in California, through the California Public Banking Alliance, a successful statewide push resulted in the passage of Assembly Bill 857 (Chiu, Santiago) that empowers local cities and regions to charter their own public banks.  PODER and their allies are now organizing to pass a local ordinance that would launch the local process to charter a San Francisco public bank.

CJA members can read a full case study of PODER’s Public Banking Model Policy, by logging into the member portal.

For more information about the Model Policies, contact Yuki Kidokoro at yuki[at]climatejusticealliance.org 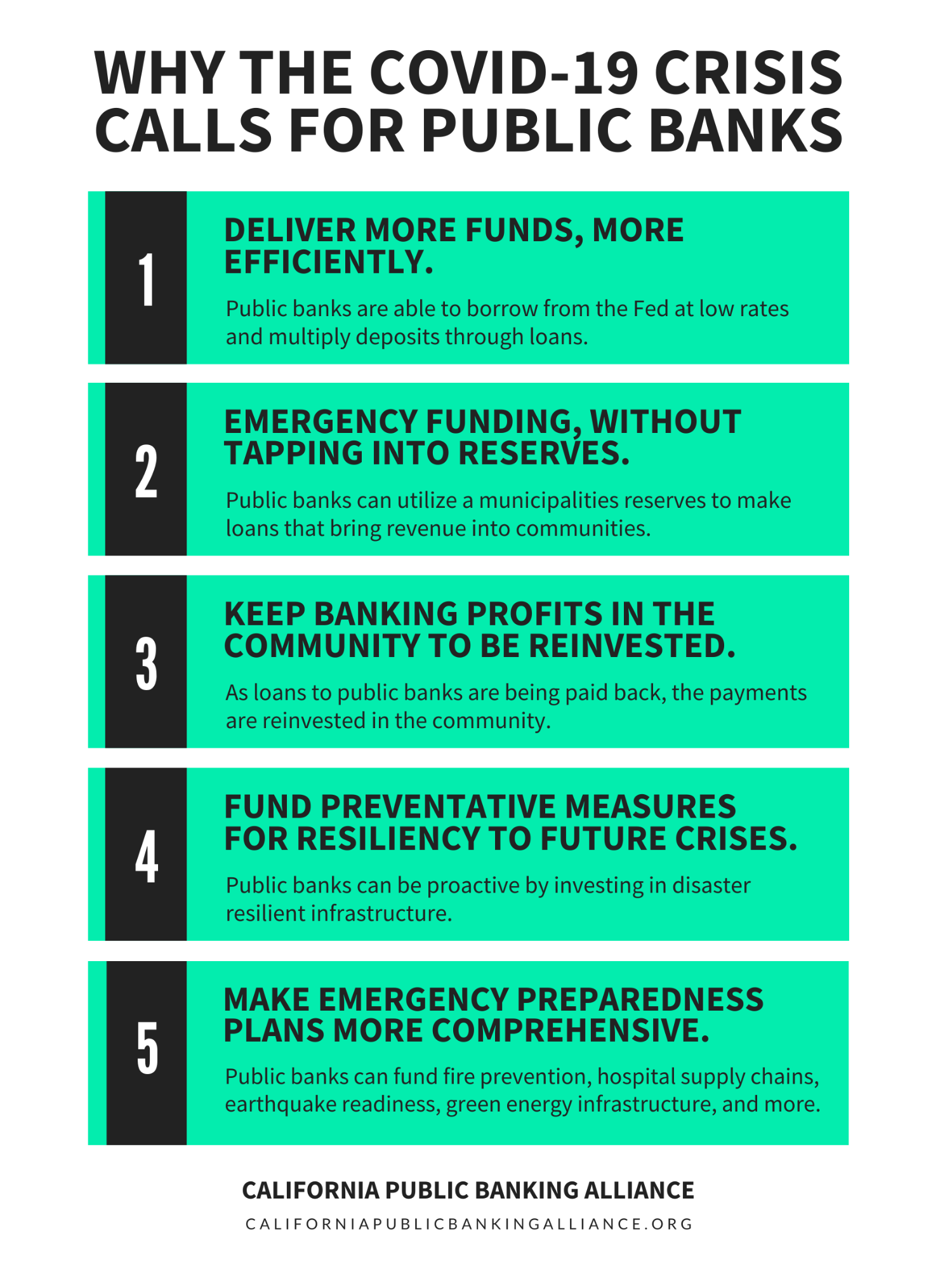 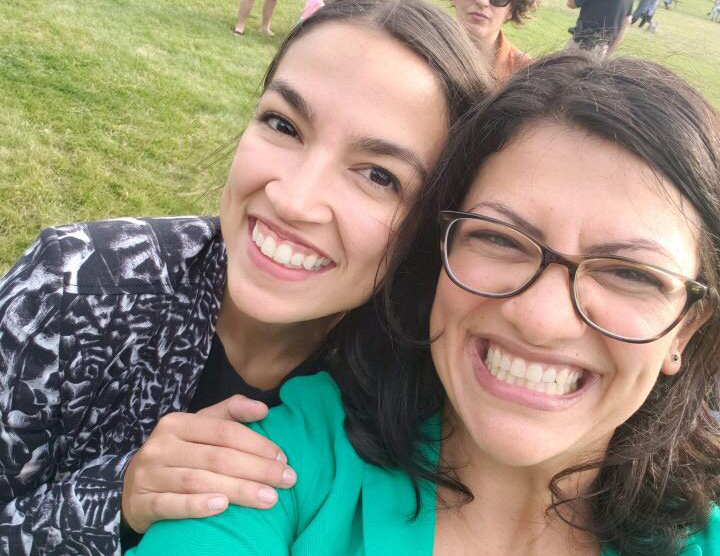 Congress members Rashida Tlaib and Alexandria Ocasio Cortez introduced the Public Banking Act, a new bill to advance public ownership of our financial system at the national level. If passed, this would foster the creation of public banks across the country by providing them a pathway to getting started, establishing an infrastructure for liquidity and credit facilities for them via the Federal Reserve, and setting up federal guidelines for them to be regulated. Essentially, it would make it easier for public banks to exist, and it would give some of them grant money to get started.