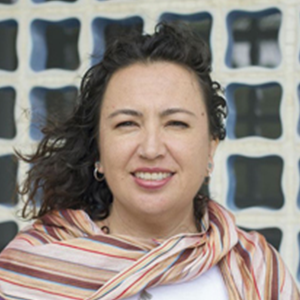 Cindy Wiesner, National Coordinator of Grassroots Global Justice Alliance (GGJ) and Co-Chair of the Climate Justice Alliance (CJA) and the Our Power Campaign, has been active in the grassroots social justice movement for over 20 years. She started organizing with HERE Local 2850. Cindy then served as Director of Organizing for People Organizing to Win Employment Rights (POWER) in San Francisco, and as an Organizer and Board member for generation FIVE. Cindy has also been a consultant for Men Overcoming Violence Everywhere and Mujeres Unidas y Activas. Before joining GGJ staff she was the Leadership Development Director of the Miami Workers Center (MWC) and represented the MWC as a member of the US Social Forum (USSF) National Planning Committee. In both USSF’s, Cindy was the co-chair of the national outreach working group and served on the leadership and coordination bodies of those efforts. She currently represents GGJ on the International Council of the World Social Forum. After 5 years as GGJ Political Coordinator, Cindy stepped into the role of National Coordinator in September, 2012. Cindy is originally from Los Angeles and is of Salvadoran, Colombian and German descent and is Queer. She is based in Miami, FL.