CJA Calls for End of State Violence Against MST 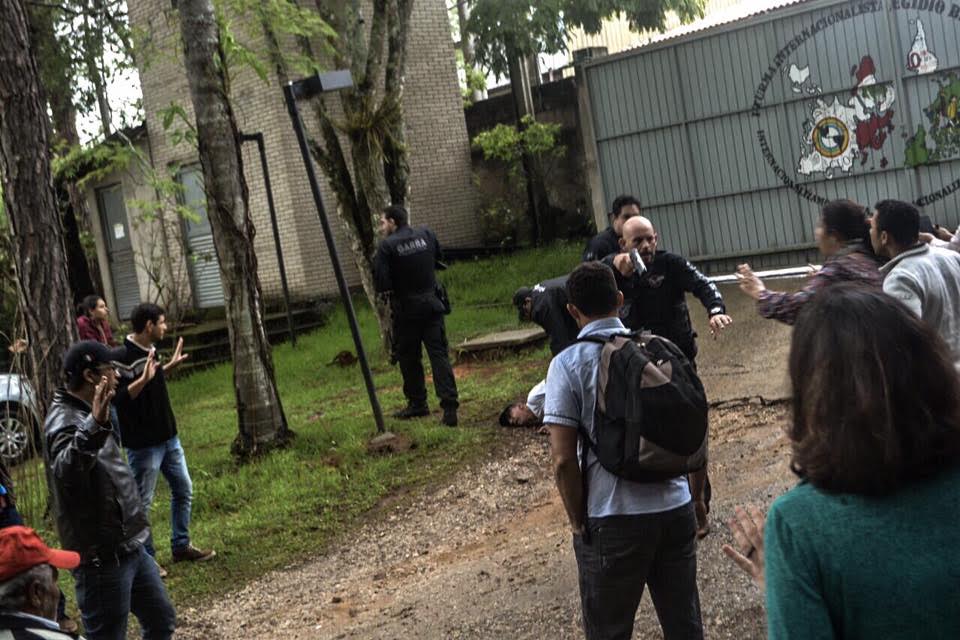 The Climate Justice Alliance stands in solidarity with the Landless Workers Movement (MST) and calls for an end to the state violence being wielded against them. On November 4, police raided the Escola Nacional Florestan Fernandes (ENFF) in Guararema, Sao Paulo. The raid was carried out without a warrant. Several MST members were detained and police fired live ammunition at the school. CJA members and U.S. based social movement allies have participated over the years at the ENFF, some of which were present during this most recent and unjust raid.

We believe the MST’s work for land rights agricultural reform, and peasant rights is critical in achieving a Just Transition that links local to global communities in building a better future. We call for an end of state repression and criminalization of the MST and other grassroots movements in Brazil. We will be collaborating with Friends of MST to share a collective statement demanding an end to militarization against social movements. We encourage our CJA members to contact the State Department, the U.S. Ambassador in Brazil and the Brazilian Consulates in the U.S. to express concern over the recent abuse of power and demand the U.S. put pressure on the Brazilian government to stop criminalizing social movements and protect the students at ENFF.

For more information and ways to support, visit these links:

Friends of the MST