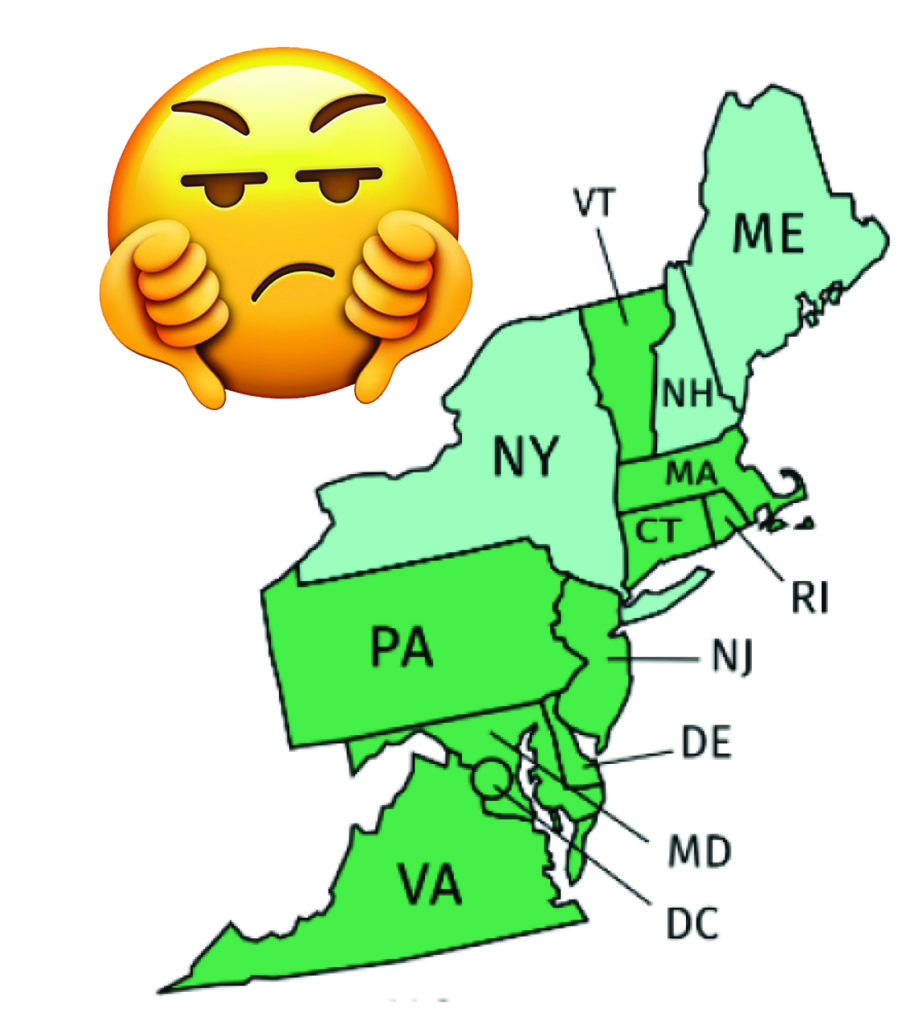 Missing for over 10 years from the Transportation and Climate Initiative (TCI) equation have been the voices, insights and policy recommendations from those very communities impacted first and worst by these incremental big money initiatives that profess to tackle climate change and equity, while bolstering the corporate business models of the most harmful and profitable polluters on the planet.

The outright disregard for the historical and present day impacts of such devastating policies on black, brown and poor communities, despite claims to the contrary, continues to be demonstrated throughout TCI’s inequitable policy and process. A point made crystal clear last week when most frontline environmental justice communities were notified a mere day in advance that they would be given 3 minutes during the last section of the TCI Northeast & Mid-Atlantic States’ webinar, slated to address environmental justice but actually minimalized the very communities impacted by it.

Given the emboldened white supremacist environment we currently face in this country, this approach is tone deaf at best and racist at worst, explained Climate Justice Alliance (CJA) steering committee member Maria Lopez-Nuñez of Ironbound Community Corporation in New Jersey during the Q&A.

This shouldn’t come as much of a surprise. In response to criticism during the webinar, Kathleen Theodharides, Secretary of Energy and Environmental Affairs for Massachusetts admitted, “we do know that environmental decisions made historically have been too white, and have not had enough voices, diverse voices at the table.” A practice that appears hard for TCI to break.

Late last month, a handful of transportation, health, business and big green interests announced a related campaign to support TCI in the NY region, disingenuously citing the disproportionate burdens placed on communities of color from pollution. According to Renae Reynolds, Transportation Planner for the New York City Environmental Justice Alliance, “It is clear that the proponents of TCI are not committed to and are woefully incapable of ensuring an equitable policy development process, therefore we have no confidence that there will be equitable results for our communities should TCI get implemented. One only need look at the proponents of it, which include oil giants like British Petroleum (BP), who have harmed frontline communities for decades.”  This comes after CJA delivered letters to big green NGOs such as the Natural Resources Defense Council and others to cease support for TCI because it expands sacrifice zones for those most impacted by the climate crisis.

Other states’ experiences tell a cautionary tale. An analysis of California’s Cap and Trade program revealed that greenhouse gas and co-pollutant emissions actually went up in environmental justice communities after the program began. While States in the Northeast are beginning down a failed road, governors like Gavin Newsom in California are reconsidering similar policies in California due to their inefficiency. Even California’s Clean Vehicle Rebate Project benefited high income communities and left out BIPOC communities from any benefit in access to the program or reduced emissions. Given TCI’s heavy reliance on electrifying personal vehicles, it will likely go down a similar path of favoring the rich and almost rich who can pay upfront for these vehicles as they wait on rebates.

According to Basav Sen, Climate Policy Project Director at the Institute for Policy Studies, “There is not a single example of a cap, trade and invest model that’s been successful in significant emission reductions in historically disenfranchised communities who suffer the most from air pollution. Can TCI guarantee targeted emission reductions and prevent future pollution hotspots that have been the signature of so many other cap and trade models?” he asked. To ensure no disproportionate impacts on frontline communities, a good place for states to start is with the Climate Justice Equity Principles for TCI.

During the webinar discussion Maria Belen Power, Associate Executive Director of GreenRoots based in Chelsea, Massachusetts asked, “The Transportation & Climate Initiative (TCI) is a market mechanism that is designed to reduce emissions in the transportation sector, but will it reduce emissions for Black and Brown communities… or will it only do that for wealthy white communities, who have always gotten the benefit, while we receive the environmental and public health burden?”

“Rather than advocate for truly transformative and unprecedented legislation, such as the recently passed NY Climate Leadership and Community Protection Act (a result of five years of community organizing work), states are spreading themselves thin advocating for a policy that marginalizes our communities and does not reduce emissions at the source where BIPOC communities are dying of air pollution today. We need reductions in air pollution now, not false promises for the future,” said Summer Sandoval, Energy Democracy Coordinator at UPROSE in Brooklyn, New York.

CJA and Environmental Justice groups challenge Harvard’s preliminary findings for not including historical environmental justice communities and focusing on the narrow health impacts of biking, walking, and on-road emissions. We were disappointed to understand that as of yet, the study’s “back-of-the-envelope” findings are still inconclusive on the impacts of TCI on the combined transportation and power sectors, especially given the disproportionate emphasis of TCI on electric vehicles. At the same time, the study finds large disparities in air pollution exposures that persist by race/ethnicity under policy scenarios in 2032.

“The electricity to power electric vehicles has to come from somewhere. Those power plants and extractive industries are in environmental justice communities. Those are the kinds of studies we need, not results that show that biking and walking improve health. Researchers should be partnering with those most impacted to support community solutions, not stale bread solutions that are clearly dated and do not reduce emissions at the source of production, which is where we learn, live, play, and pray,” emphasized Angela Mahecha Adrar, Executive Director of the Climate Justice Alliance.

Current science and world events call unequivocally for bold NOT incremental strategies to address the climate crisis and equity. Due to the pandemic many people are traveling less, living and working closer to home, and a number of policies that have been central to our shared struggle for equity across the Northeast are far better investments than TCI. Unequivocally, TCI should not move forward; it will waste millions of dollars and divert energy away from core equitable policies being organized now by those on the ground.

Frontline communities need programs that address local emissions, not programs that disregard disparities in place-based pollution and continue the destructive practice of sacrifice zones, especially in light of the COVID-19 pandemic. TCI is simply unacceptable. If states truly want to address inequity they should work directly with those already living with the disproportionate impacts of the climate crisis.

Climate Justice Alliance is a member-led organization of 70+ urban and rural frontline communities, organizations and support networks in the climate justice movement.