Immigration and Climate Change are not Separate Issues 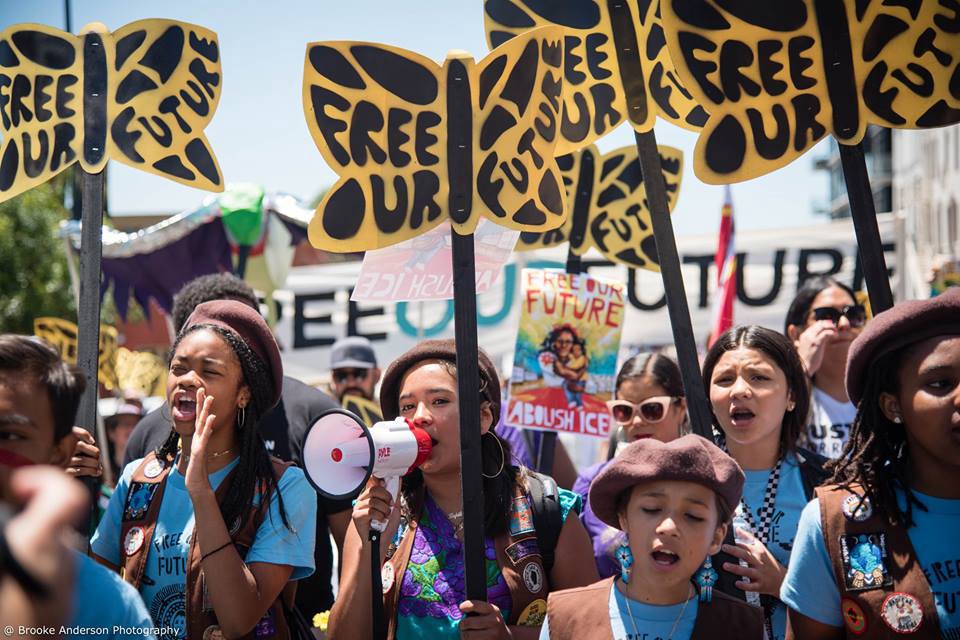 My mother crossed the river with my brother and I, who were 5 years and 6 months old at the time, with nothing more than a couple of napkins in her pocket. She was fleeing domestic violence and a civil war (known as the war on drugs) in Colombia. Like many of the families and children risking their lives to exercise their right to apply for asylum or seek refuge in another country today, my story is too common and is now being criminalized. It doesn’t have to be this way. This is a choice that the Administration, the Department of Homeland Security, and the Department of Health and Human Services are all supporting which blends a racist world view with the never-ending thirst to make more profits for themselves and the corporate elite they are beholden to.

With the interlinking crises of poverty, racism, war and climate change that defines our existence, the solutions to the daily misery experienced by millions, including those forced to leave their homelands in search of a better life, must be comprehensive and originate from the frontline communities who bear the burden of these centuries-old racist and colonial policies.

Time is running out. Climate change knows no borders. The increased droughts, floods, heatwaves, and other extreme weather conditions, along with more storms and rising sea levels have the likelihood to intensify resource wars and increase migration to the US. This is not a prediction but a fact. More than 150,000 Puerto Ricans who are US Citizens have exercised their right to migrate and have been forced to the US mainland from the islands as a result of Category 5 Storm Maria. The truth is that human rights are at the core of climate justice.

Over the past week, the Climate Justice Alliance (CJA) has joined together with The Majority, Mijente, Indigenous leaders, and hundreds of thousands of people engaged in peaceful protest and direct action to demand an end to this vile practice of tearing babies away from their mothers’ arms and outright deception to force parents to leave their children with border agents, all the while knowing their aim is to separate them. Our goal must be to continue to come together and stand up to build a radical democracy that addresses the root causes of our peoples’ suffering, and that includes environmental racism and climate change.

That’s why in two short months, thousands from across the nation and around the globe will descend on San Francisco for the It Takes Roots Solidarity to Solutions Summit September 8–14 being organized parallel to the Global Climate Action Summit (GCAS). During the GCAS, market-based proposals will be sold as the only solution to the climate crises. This myth cannot be allowed to stand! Instead, truly clean solutions being forged by communities on the frontlines of the economic, democratic and climate crises should be recognized and invested in. These communities are centering the leadership, historical struggles, and cultural practices of people of color, immigrants, the poor, women and the gender-oppressed. They are leading the way forward.

More and more we must remain vigilant in our insistence that the problems facing humanity are inextricably linked and that only a Just Transition, one that understands this and promotes local control of resources to shift our communities from an extractive economy to a regenerative one, can truly save our people and the planet.

Angela Adrar is the Executive Director of the Climate Justice Alliance.