It Takes Roots Statement on the Protest Ban in Paris 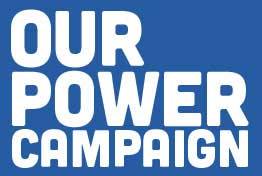 MEDIA ADVISORY: IT TAKES ROOTS STATEMENT ON THE PROTEST BAN IN PARIS PRESS RELEASES BY GRASSROOTS GLOBAL JUSTICE NOVEMBER 23, 2015 876 0 SHARE: MEDIA ADVISORY November 23, 2015… War, No Warming – Build an Economy for People and Planet Despite the ban on Protest in Paris, we will be there to raise our voices against war, racism and pollution profiteering. We stand in solidarity with the countless victims of recent violence in Paris, Beirut, and Mali, as well as their families and loved ones.