The announcement of Senator Manchin’s withdrawal of his dirty side deal from the Continuing Resolution today is a testament to the power of frontline community organizing and a victory for environmental justice communities everywhere.

People around the country engaged in rallies, direct actions, office occupations, called and sent emails to their members of Congress, demanding that they stop the bill that would have fast-tracked permit approvals for new fossil fuel projects, and gutted the National Environmental Policy Act (NEPA).

Frontline communities from Alaska, Appalachia to the Gulf South and Puerto Rico fought back against the attack on our communities’ rights to protect themselves from polluting industries, and won this round. However, we are under no illusion that the fossil fuel industry will give up easily. We have to stay vigilant and keep up the pressure to ensure that Democratic Congressional Leadership will not try again to pass this harmful legislation.

Climate Justice Alliance Co-Executive Director Ozawa Bineshi Albert states, “We are ecstatic about this decision. Frontline voices, those directly impacted by this climate crisis, the ones who are hit first and worst, will be heard. This dirty side deal was not good for our communities and we will continue to fight for what is right, the protection of our communities and homelands. We also know that this fight is far from over.”

Environmental justice communities’ rights to safeguard their health and livelihoods under NEPA and the Clean Water Act must be upheld for generations to come. No future handouts to the fossil fuel industry should be allowed if we really want to stop the climate crisis and discontinue the harmful practice of sacrificing Indigenous, Black, Brown and other poor communities to the fossil fuel industry’s desire for ever increasing profits. 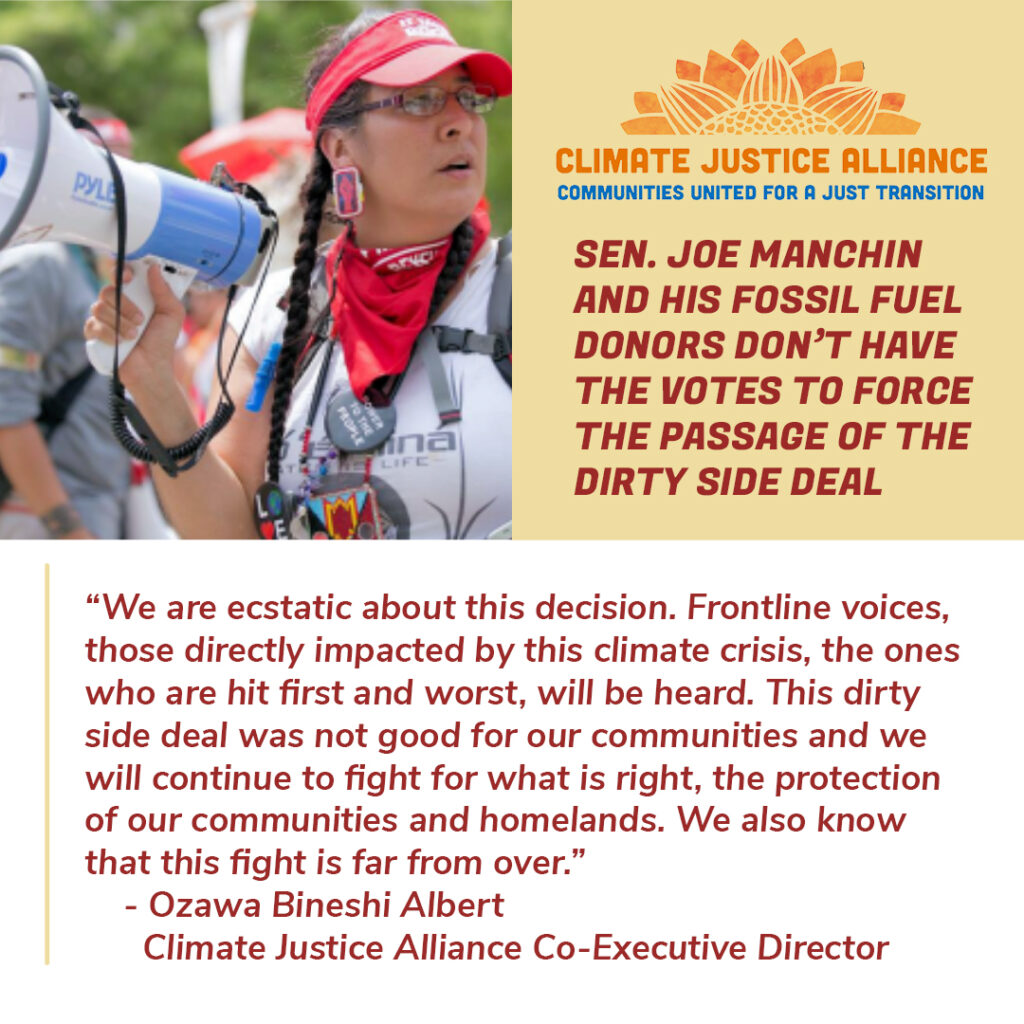