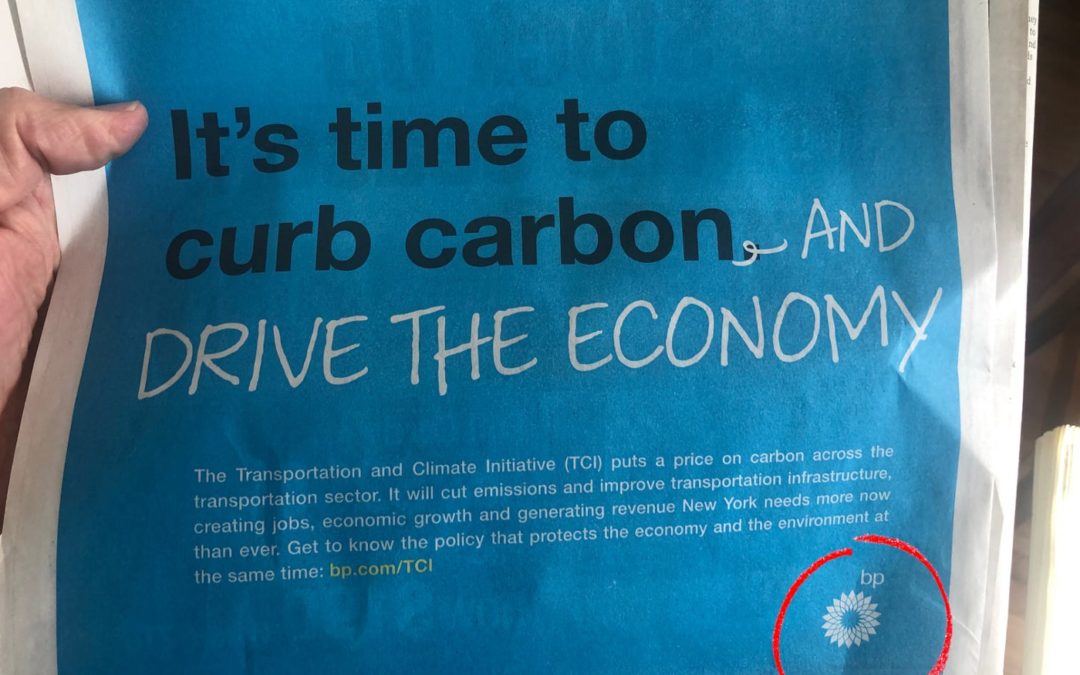 Climate Justice Alliance (CJA) commends and stands in solidarity with environmental justice and labor organizations in the northeast region of the United States who advocated against, and for all intents and purposes, have halted the Transportation and Climate Initiative (TCI) for its promotion of false promises that don’t address the root causes of climate change. While there have been questions and in some cases direct opposition to TCI from a variety of actors spanning the political spectrum, from the beginning environmental justice communities have understood it for what it is: a market driven false promise to once again give life to a dying industry.

Earlier this month, Connecticut joined the majority of states in the northeast who have decided not to move forward with TCI, although the Governor seems to have an eye on introducing it again next year. TCI was initially marketed as a regional strategy to improve transportation, develop the clean energy economy and reduce carbon emissions from the transportation sector. However, in actuality it is a corporate controlled approach that systematically excludes and violates the health and well-being of Indigenous, Black, Brown, Latinx, Asian, Pacific Islander, and poor white communities who are most impacted by environmental pollutants and transportation inequities.

For years, CJA members in the northeast have called for a more inclusive plan and vision for modernizing our transportation infrastructure while reducing greenhouse gas emissions. In 2019, we issued the Climate Justice Equity Principles for the Transportation and Climate Initiative (TCI). These principles (if they had been heeded) could have guided the advancement of regional strategies that include meaningful public accountability measures; promote justice and equity; and ensure protections against loopholes and give-aways that benefit polluting industries over people.

However, TCI is fundamentally a cap and trade and invest scheme NOT an environmental justice project that just like in California would allow polluting industries to continue polluting without ensuring pollution does not increase in frontline communities. Given TCI has not engaged environmental justice (EJ) communities in any meaningful way, the harm done would be on the backs of frontline communities with no guarantees on where they invest.

Backed by British Petroleum and largely focused on things like rebates for electric cars; TCI has worked closely with state and local agencies- not communities most impacted by the climate crisis. Their decision to partner with companies and provide incentives for them to engage in the program rather than pushing companies to transition gives the very industries that created this global mess a way to expand into renewables using the same business model that continues to regard our communities as sacrifice zones. They even prop up auctions where they can trade in pollution.

As we know from the California Cap and Trade experience, emissions trading systems such as TCI have a history of not addressing (and sometimes worsening) geographic disparities in emissions of co-pollutants such as particulate matter and NOx. There are no guarantees or commitments to reduce pollution in our communities, and TCI in no way addresses the larger transition for our communities that is needed to expand clean mass transit systems and community control of these systems and solutions so they are developed in just ways.

Despite the lack of support for TCI from EJ communities, constituents and many of the states in the region, the architects of TCI and the fossil fuel industry continue to promote it as a viable program to reduce emissions in the transportation sector, but the time for false promises and unproven market based approaches is over.

“Thank you Earth Justice and Sierra Club for showing early support and stepping away from TCI. Since then, others have also dropped their support of TCI; imagine the type of resources our organizations could have spent creating real change instead of debating false solutions like market-based mechanisms. Now the real request of our allies is will you go all the way in abandoning false promises and invest in true community-led solutions to the climate crisis and Just Transition away from extractive, toxic industries?” — Maria Lopez-Nunez, Ironbound Community Corporation (Newark, New Jersey)

True solutions to the global climate crisis require meaningful collaboration and empowerment of frontline communities, those that are most impacted by the effects of implementation. There are many examples of this such as the historic EJ legislation passed in New Jersey last year that for the first time ever gives the state explicit authority to deny new permits in already overburdened communities. This could serve as a model for other states.

There is also the newly enacted Environmental Justice legislation in Massachusetts which for the first time in the Commonwealth’s history defines environmental justice communities and requires cumulative impact analysis, increased public engagement and consideration of EJ principles when approving facilities and granting permits. “Our communities need policies and regulations that are enforceable and give us the power to protect our people from increased harm. Incentives are no longer enough, we have run out of time. The times require enforcement, investments and protections, not incentives for big oil, polluters and false solutions.” — Maria Belen Power, GreenRoots (Chelsea, MA)

TCI unfortunately has failed to grapple or even consider this kind of approach, which is why it is critical to stop the process. As the climate crisis escalates, state legislators must work collaboratively and directly with frontline communities and invest in grassroots-led solutions that advance a just and regenerative economy — our climate justice equity principles are a good place to start to design the kind of process our communities need and deserve.