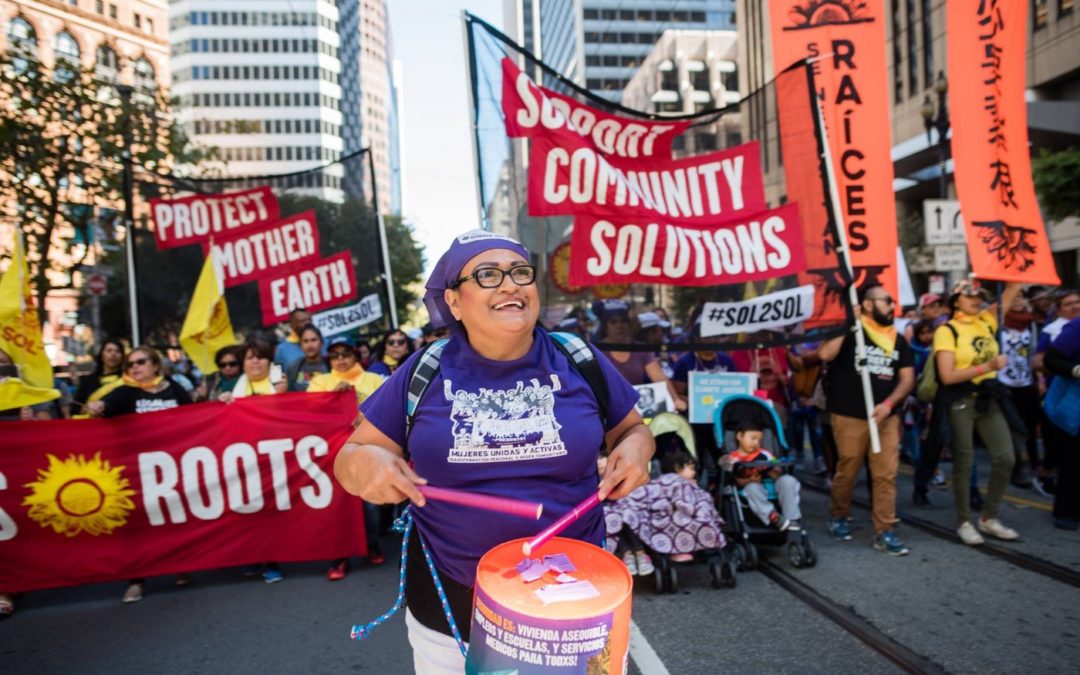 The Climate Crisis is Not Irreversible, But We Must Act Now

Christopher Flavelle recently wrote an article for Bloomberg BusinessWeek entitled “Climate Change Will Get Worse. These Investors are Betting On it.” He exposes what many of us in the environmental and social justice movements have known for decades: increased profits are a justification for any undertaking regardless of the human and now planetary cost.

Whether these investors exacerbate misery for millions along the way, including the destruction of the very Earth we live on, is inconsequential compared to their pursuit of economic growth. After all, they say, they are only doing what other people’s bad behavior has enabled them to do. Venture capitalists, hedge fund managers and those who buy and trade in risk contend that the fact that the United States has an inability to understand what many other governments and citizens have already grasped- human caused climate change is real and will have devastating effects on life as we know it- gives them open season to profit from it.

This is nothing new. Climate change and its impacts are simply the newest frontier for capitalists to exploit and conquer. Before climate disasters there were geo-political ones, extended conflicts and many other modern-day catastrophes that international development agencies, nation-states and individual philanthropists profess to ameliorate with a softer and more humane touch. The problem is that the root cause of all of these crises are rarely addressed and the solutions that will solve them are rarely funded. Instead, we have witnessed the rise of what Naomi Klein has coined “disaster capitalism.” And like international aid and development agencies involved in the rebuilding of nations have learned, an immense amount of economic gain can be had for those who can get in early.

The investors and financial sector executives that Flavelle spoke with acknowledge this, what is lacking and misheld from the article is the truth that they are unable to do anything about it or take a different course of action. In fact, they, along with the politicians they support, are the very ones who could push for and fund a transition from the emission producing extractive industries that created climate change to a renewable and more regenerative economy. We know, however, that they will only act when their is mass pressure and/or economic incentive to do so.

Whether at the ballot box or in the streets, everyday people understand this and are increasingly making their voices heard for drastic and bold action. We saw this during the recent Global Climate Action Summit (GCAS) hosted by California Governor Jerry Brown where thousands descended upon San Francisco to challenge his market based proposals to address climate change. Unfortunately, these business based models are also held up as a viable way forward by world powers and international organizations who are mistakenly seen as global environmental leaders. This must change and real solutions that stop emissions at their source must be put into practice, scaled and funded.

If we have learned anything from the presidency of Trump it is that policy and action can be enacted in a relatively quick period of time if one only has the political will to do so. If we truly thirst for lasting change that improves the lives of all people while safeguarding Mother Earth and all the beautiful living things she has created for future generations to come, a complete overhaul of the way in which we produce and consume energy must occur and fast. Time is running out; but we can stop climate change from accelerating and salvage the Earth and Environment as we know it if we act courageously with bold action now.

The only solution that ensures this begins with cutting emissions at their source. At the same time we must guarantee that those on the frontlines of the dirty energy business who have suffered far too long are a part of the equation through good and clean jobs, fair and clean housing and a new economy grounded in non-polluting and renewable industries such as wind, solar, zero-waste and other community centered solutions.

The recent release of the IPCC report was a sobering reflection of what those most affected by climate change have been saying for years. A drastic change is needed if we are to survive on this planet. The major pitfall of the report, however, is that it holds up dangerous and false techno-fixes such as clean coal and biomass as solutions while further reinforcing carbon trading — none of which lead to the rapid cap and shift we need and may actually exacerbate the problem. The Radical Realism for Climate Justice Report on the other hand, provides viable and actionable guidelines if we are to make the radical shift needed including energy democracy, a Just Transition, and people centered solutions that have the potential to foster the ecological balance we need.

Many of these models have already been implemented at various local and state levels, they simply need to be replicated, funded and scaled. Unlike the risky techno-fixes that the US government and business community are pushing to adapt to the climate crisis, we would do well to implement plans that will actually stop it’s acceleration and ultimately save the planet and ourselves. This is the major myth promoted within Flavelle’s article: none of us have to stand by and do nothing while investors get rich off of the harm brought to our communities, especially when there are renewable investments that benefit us all and are relatively low risk.

With the United Nations climate conference quickly approaching (COP 24) where international climate commitments will be discussed, and Congressional elections underway in the US, the financial community and the politicians they fund, have every opportunity to refuse to profit over human misery and destruction. Instead, they could invest in community solutions that fix the problem once and for all. It is not lost on us that this course of action, however, has a start and end date and may not be as profitable as continued disaster. It will, however, save the planet. We think it’s worth it.